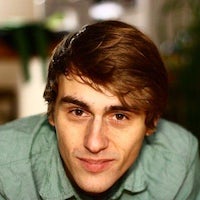 Sometimes all the planning and thinking about a project is too much. You just got to jump in and build something. That's what Jess and I did last night. We spontaneously decided to roll out a random, unplanned side-project: Random Elon.

Random Elon returns you a randomly selected Elon Musk quote. You can then share it directly on Twitter to show your love for Elon. Powered by TailwindCSS, plain PHP7 and Laravel Forge the built took less than an hour to build. We started talking and while we were still talking Jess actually put a page together already. I set up some hosting quickly. Forge makes hosting it incredibly easy. Data was quickly collected using spider. Social media images are sponsored by imageee. Makers collaboration 💪️

Open source for the win!

If you want to build something similar you can actually just fork our repo on GitHub and get started straight away. It's mostly HTML. The project literally has only two lines of functional code. No need to think about it much 🤣️ Create your Random Quote selector today and win a cookie 🍪️

If you think a great Elon quote is missing please send a pull request at the Github repo mentioned above. We are happy to update the quotes to include it 🙏️

During the launch a few people asked for an API to access the data. Adding another small PHP script taking one of the quotes and returning it encoded as JSON has a minor job and done in minutes - to everyone's happiness 🤩️

Full of excitement Ruben decided to build an iPhone-app based on Random Elon. The app was done in under an hour. But the excitement wasn't shared by Apple. Apple wasn't excited about the app at all and dragged the review out. First the ask to remove the Elon photo, then they asked to remove his name. At the end Rubens work still got declined - No Random Elon iPhone app 😞️

Otherwise, I have to say, no animals were harmed in the development of this project. Tasty cookies have been eaten. 🍪️ 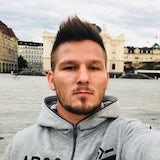